What makes the best college towns? From well-educated populations to thriving culture, find out what the top 10 places have to offer both students and residents. A college town is a location heavily influenced by the presence of higher education institutions. Students typically make up a large portion of a college town's population, and the resident universities significantly impact local economics, culture, and social life. College towns attract prospective students because they offer countless activities, a pervasive sense of school spirit, and young populations.

This ranking covers 10 of the best college towns in America. Students flock to each of these places to experience arts and culture, outdoor recreation, bustling social scenes and nightlife, and rich internship and career opportunities.

College towns share similar characteristics driven by the presence of local colleges and universities. These locations typically foster a well-educated population, healthy local economies, vibrant art and music scenes, and engaging sporting events. Also, the quality of healthcare in college towns often surpasses that of many other locations.

A college town's diverse qualities benefit local citizens and enrolled students, whether they live on or off campus. In some cases, learners may even decide to make their college town their permanent home after graduation.

Discover 10 great college towns across America in our rankings list below.

Find your fit for the best college lifestyle: Colleges and Universities with the Happiest First-Year Students Most Historic Colleges in America The Top 10 Schools for Studying Abroad

The Best College and University Towns

To develop the following list of the 10 best college towns in America, we considered three primary factors for each location: median age, unemployment rate, and cost of living. Secondary ranking factors included walkability and/or public transit scores, diversity and inclusion, and the variety of local attractions, events, and recreation options.

The University of Florida — the nation's fifth-largest public university by enrollment — calls Gainesville home. On campus, students enjoy sunbathing in year-round sunshine, tailgating, and taking advantage of networking and social opportunities, but Gator Nation pride can be felt throughout the Gainesville area. 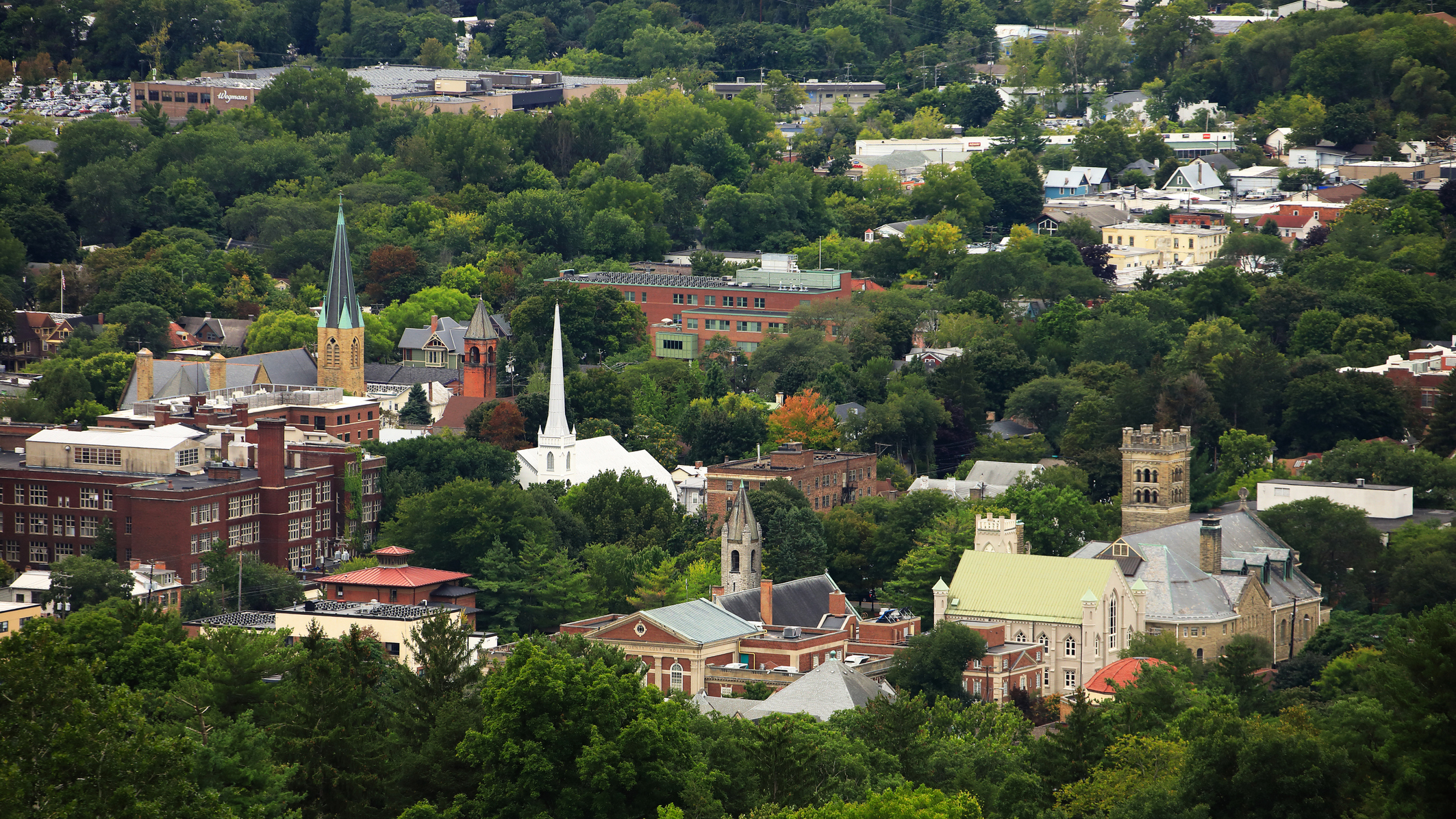 With a population of just over 30,000, Ithaca is the smallest contender on our list of the best college towns in America. Home to Ithaca College and Cornell University, the town stands out as a major educational center in the region. Ithaca boasts both a high walkability score and a lower-than-average cost of living.

Ithaca and Tompkins County foster an inclusive environment for LGBTQ people and families. Many community businesses, including shops, restaurants, and nightlife establishments, bear inclusive space decals on their windows. These establishments offer a student-oriented retail and bar scene to serve the extensive college population. 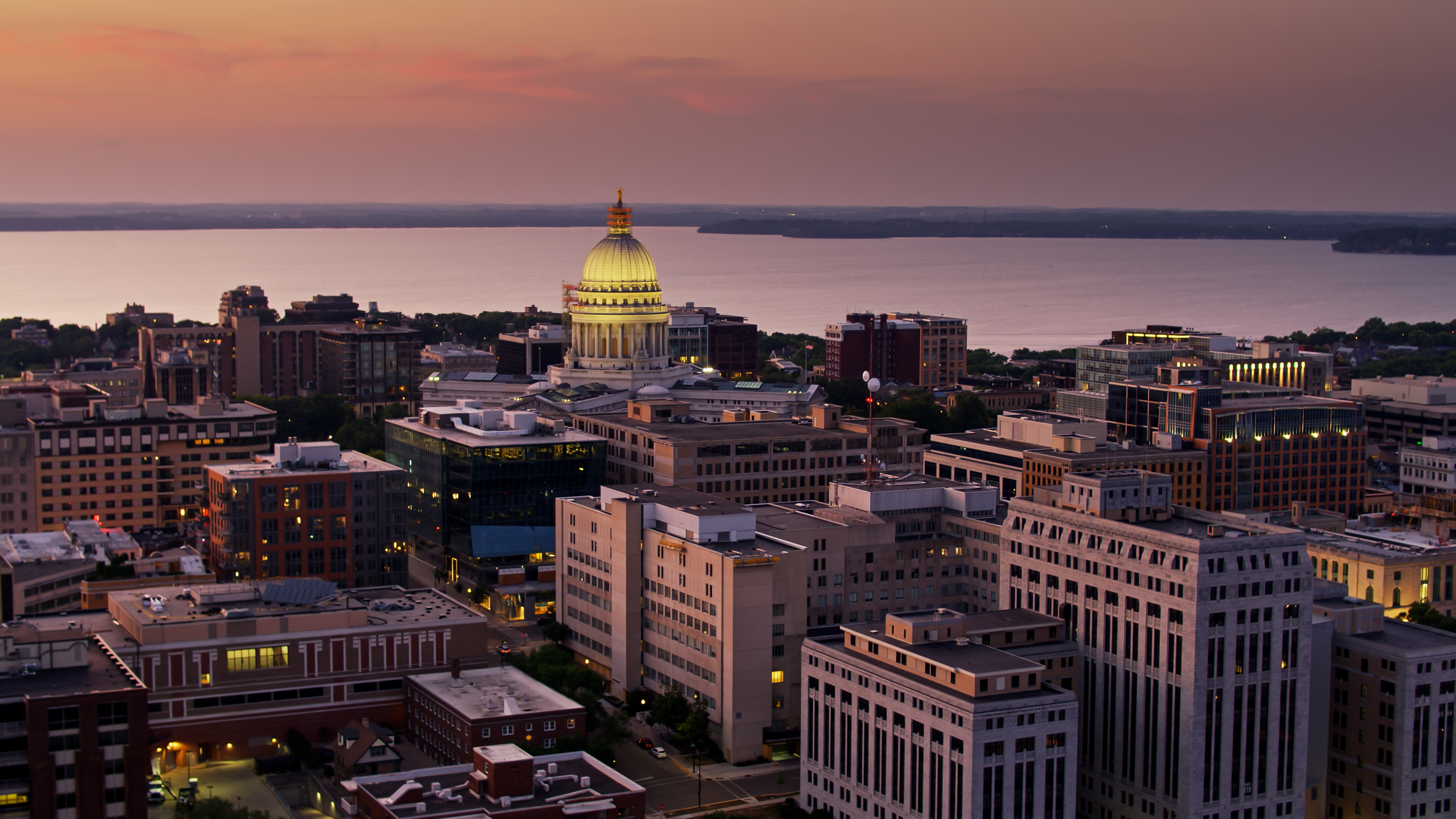 Although Madison is home to more than half a dozen higher education institutions, the University of Wisconsin Madison sets the tone for this major Midwest college town. The UW Badgers live and learn on the shores of Lake Mendota, on a 936-acre campus that blends seamlessly with the city around it.

The state capital offers diverse recreation activities, including monuments and museums, water sports across five lakes, and an active retail and nightlife scene. In the summer, Madison is a rich cultural destination with events including Opera in the Park and concerts on the rooftop of Monona Terrace. 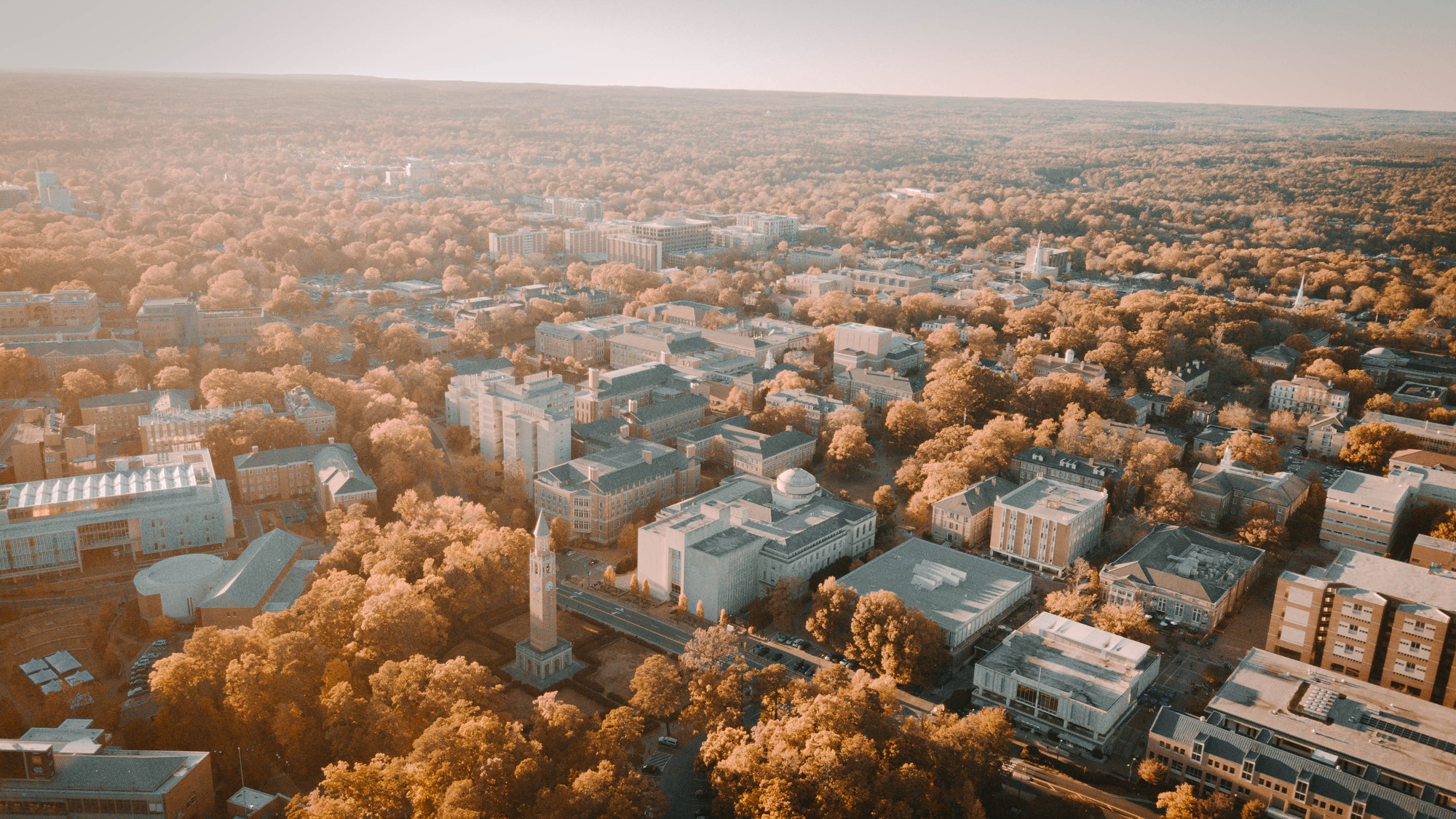 One of the best college towns in the Southeast, Chapel Hill supports a population of over 64,000 residents, more than half of whom are students. The town's economy relies heavily on the University of North Carolina Chapel Hill and the UNC Health system.

Though it holds the lowest walkability score on our list, Chapel Hill offers free public transportation that connects the Carolina campus to other parts of town, including local parks and shopping centers. Chapel Hill boasts no shortage of entertainment and recreation options, including a historic movie theater, an annual art fair each October, and several greenways and walking trails.

Chapel Hill embraces its college town identity in unique ways, like fire trucks with a Tar Heel blue paint job. With a low 3.8% unemployment rate, it comes as no surprise that some Carolina students decide to stay in Chapel Hill after graduation. 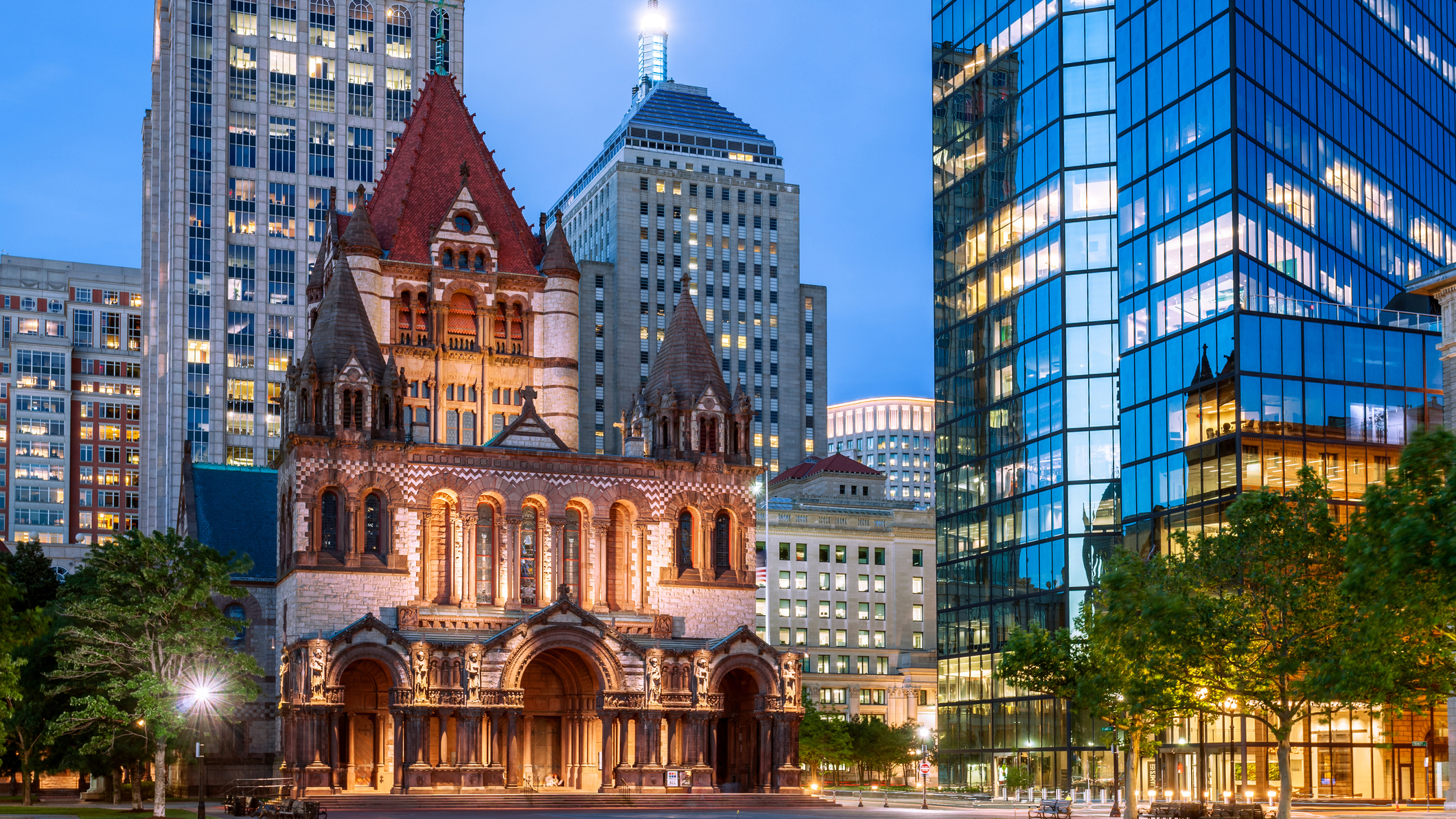 One of the biggest college towns in America, Boston supports more than two dozen degree-granting institutions, including the Massachusetts Institute of Technology, Harvard University, Tufts University, and Berklee College of Music. Rather than a small-town feel, Boston offers a sprawling urban environment rich with history and opportunity.

Highlights of the city include Boston Common, the nation's first public park; Faneuil Hall's hundreds of shops and restaurants; and dozens of art, history, and science museums. Like other big cities in the U.S., Boston hosts several major events each year, including the Boston Marathon, Boston Pops July 4th spectacular, and Boston Pride parade. 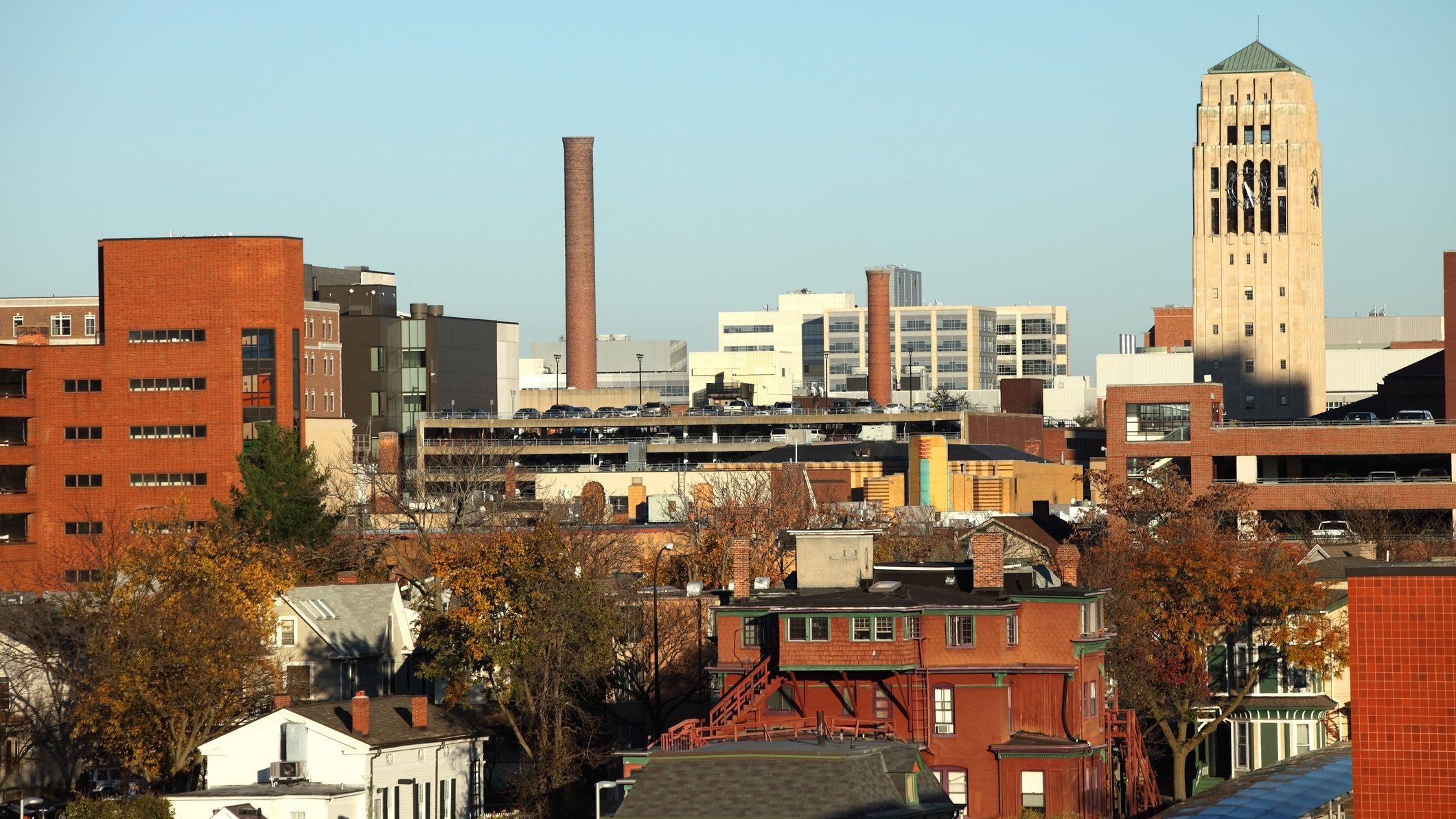 Like most college towns, Ann Arbor's economy relies heavily on its resident higher education institutions. The University of Michigan and its medical center employ nearly 30,000 workers, making it one of the state's top five employers. U-M's extensive research and development contributions help foster an attractive environment for biotechnology and IT companies. 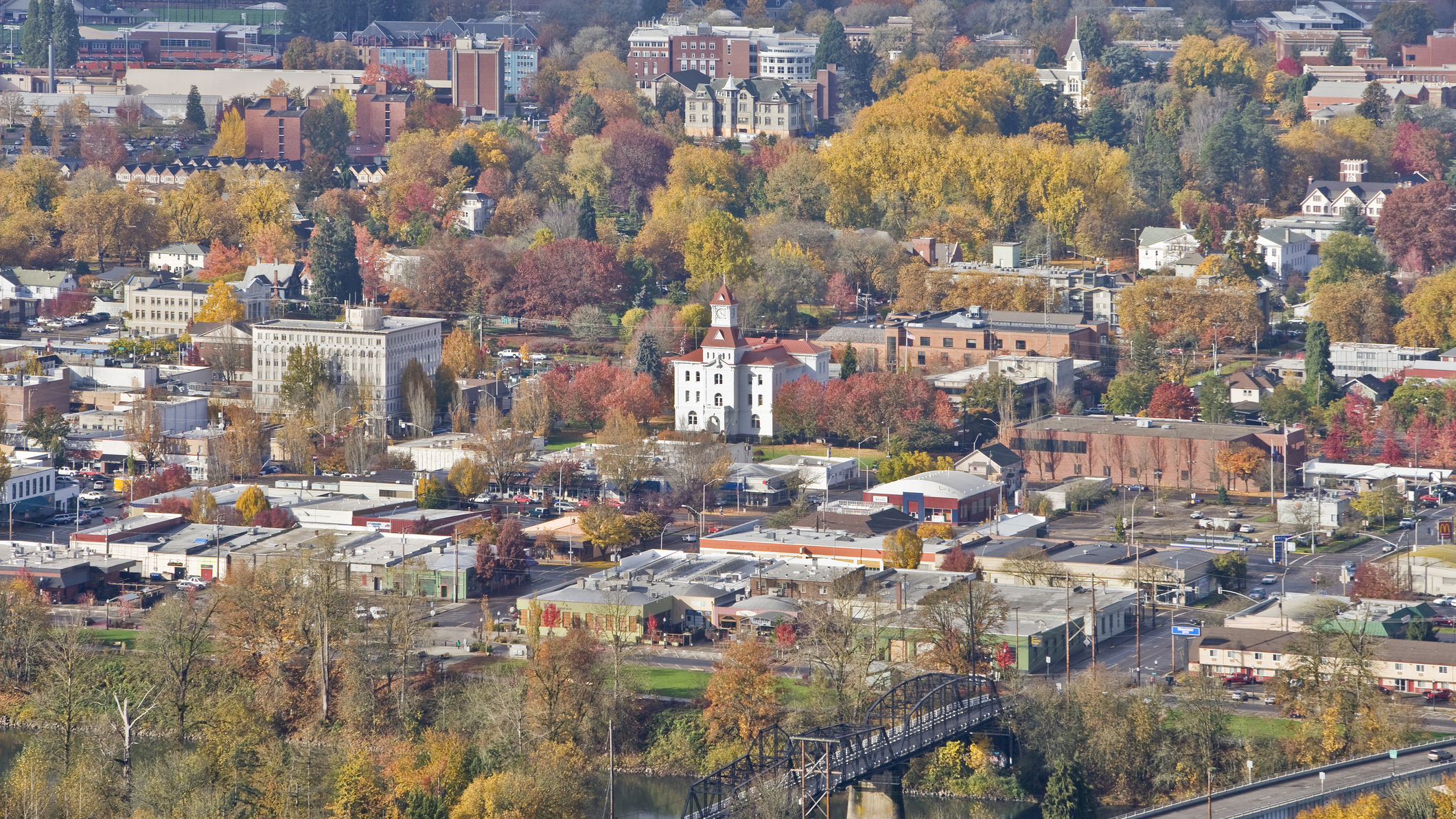 Oregon State University operates satellites in every Oregon county, but its main campus sits at the center of the bustling college town of Corvallis. Small and tight knit, Corvallis supports many unique small businesses, including restaurants, breweries, shops, and an independently owned movie theater focused on indie and art films. 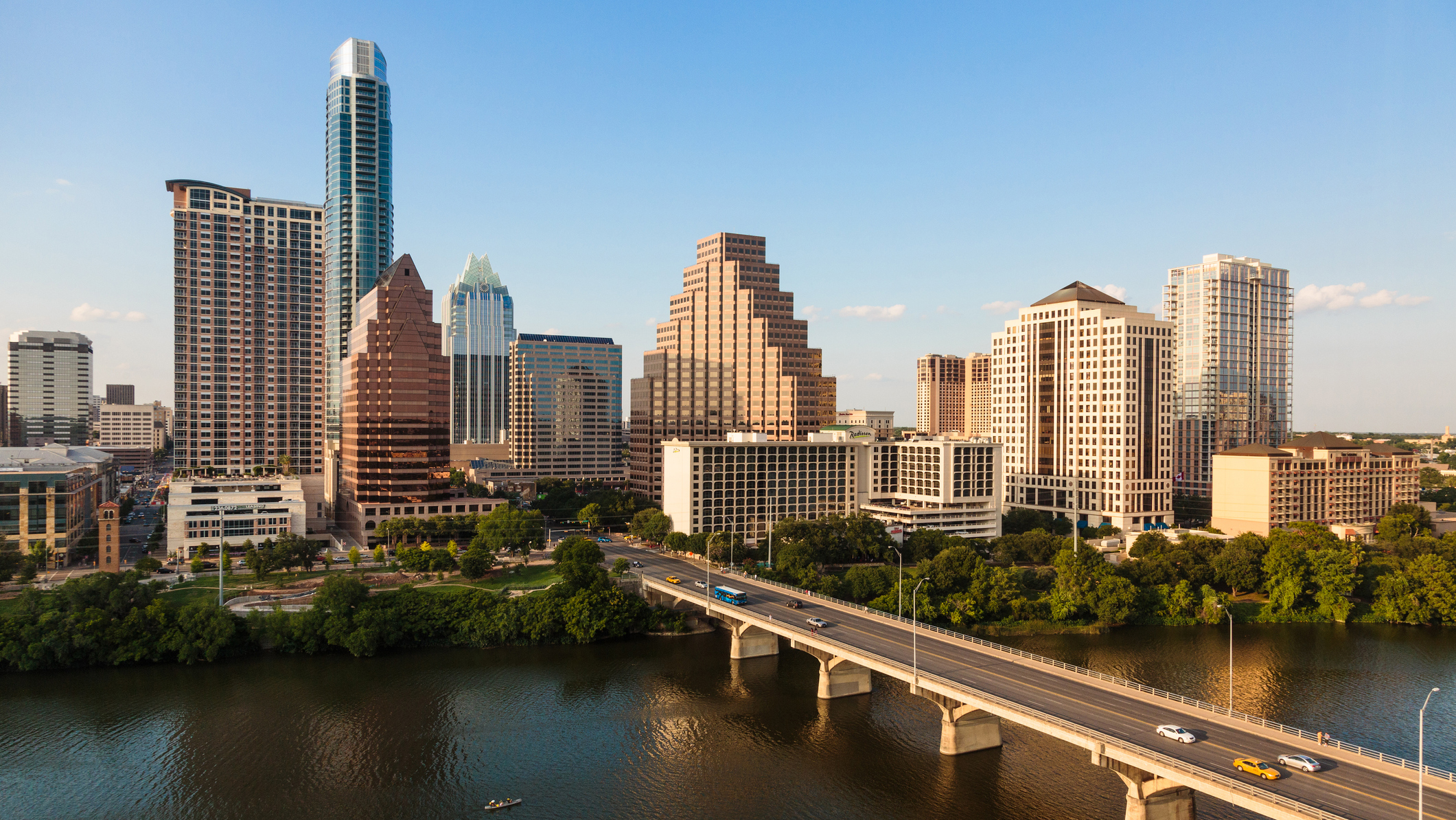 One of the best college towns in America is also one of the largest. College students make up 38% of Austin's nearly one million residents. Major institutions in the Austin metro area include the University of Texas at Austin, St. Edward's University, and Concordia University Texas.

The city of Austin is somewhat synonymous with burnt orange and white, the colors of UT. The Texas Longhorns boast one of the top football programs in the state. Other varsity athletic programs include baseball, men's and women's basketball, and men's and women's golf. 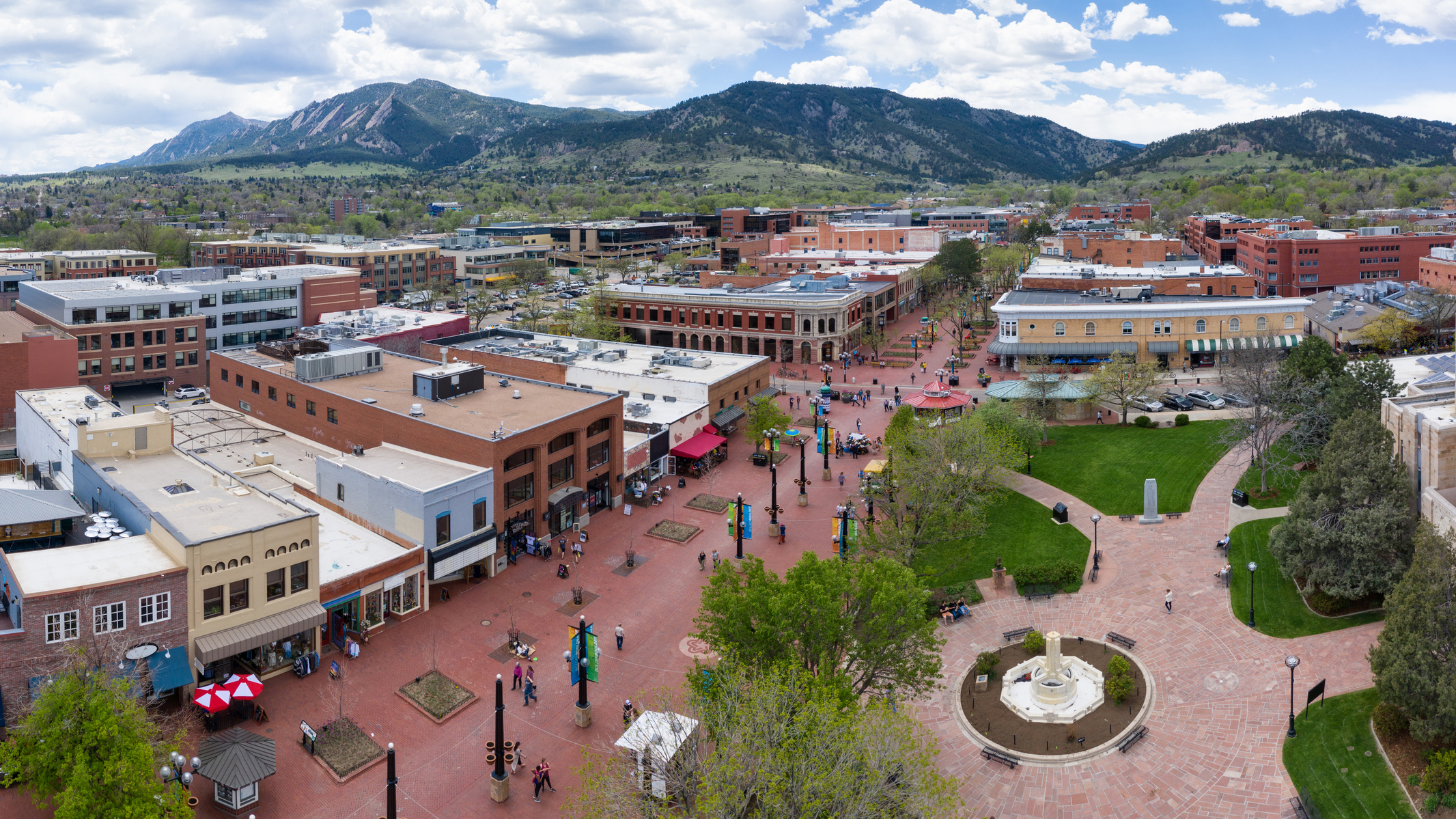 Boulder earns its place among the best college towns in America, despite its relatively high cost of living. Home to the University of Colorado Boulder, the city features a high level of walking and biking, beautiful scenery, and a thriving culture of innovation.

Together, CU Boulder and the city of Boulder help foster a strong culture of technology and innovation. College students can take advantage of internships in major sectors like aerospace, bioscience, cleantech, and IT. Some learners even choose to stay in Boulder after graduation to grow in their careers. 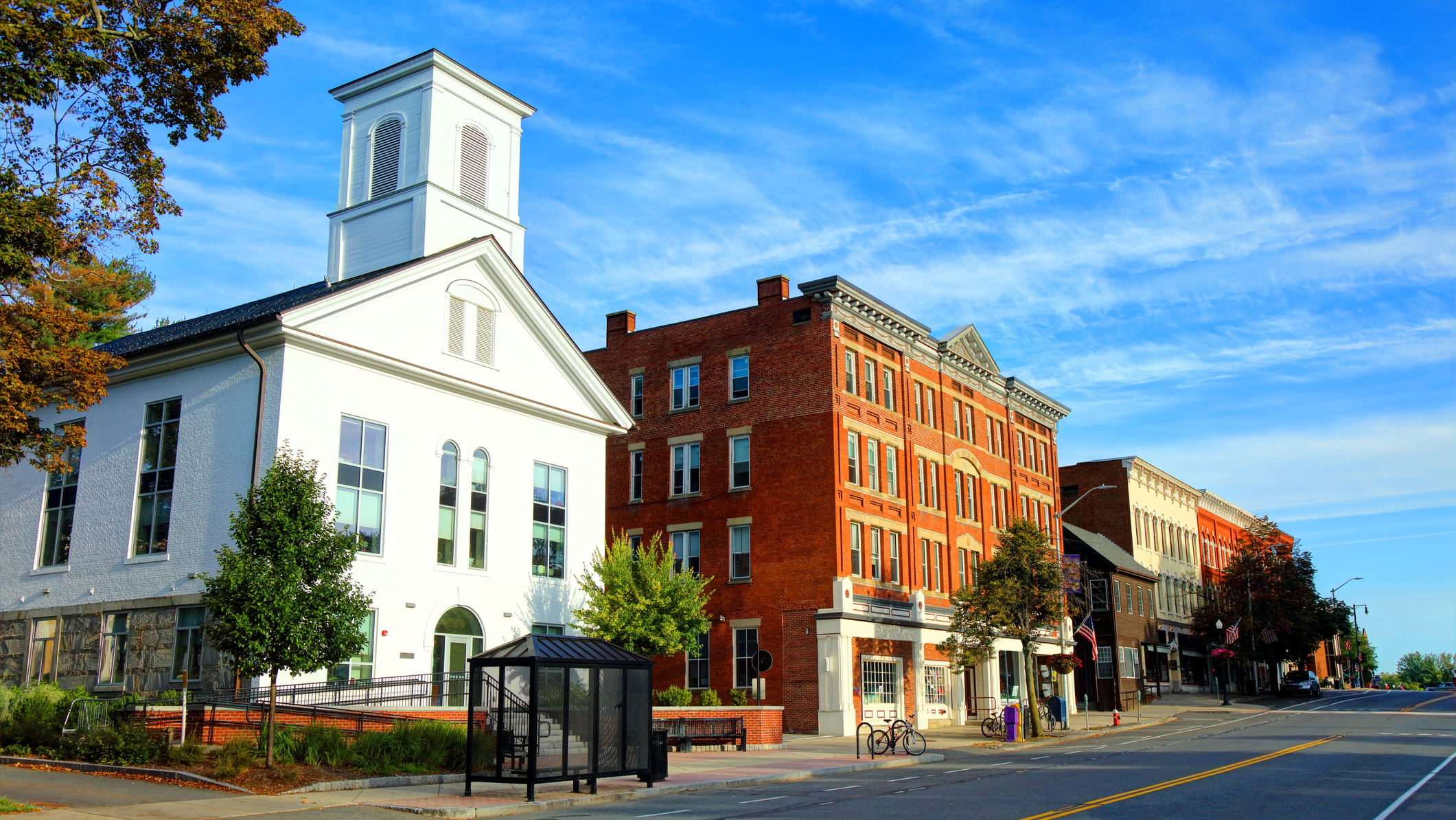 Nestled in the Connecticut River valley, Amherst hosts three top schools: Amherst College, Hampshire College, and the University of Massachusetts-Amherst, the largest campus in the UMass system. It maintains a relatively low cost of living and is widely considered one of the best college towns in the Northeast.

Historically associated with the poets Emily Dickinson and Robert Frost, Amherst continues to foster a thriving arts scene with several museums, an independent cinema, and a downtown dance studio. Breathtaking natural scenery and walking trails offer no shortage of inspiration for other burgeoning poets in the area.

Check out other colleges by geography:

How many universities are in the U.S.?

According to the National Center for Education Statistics, the U.S. maintains 3,982 degree-granting postsecondary institutions as of 2019-2020. This figure includes two-year, four-year, public, private, nonprofit, and for-profit institutions.

What is considered a college town?

A college town is an urban area with a significant population of college students. In college towns, the presence of one or more schools significantly impacts the local economy, culture, business environment, and social life.

Every municipality is different, but college towns have a vested interest in keeping students safe while enrolled. Prospective students can look into crime statistics and public safety resources to learn more about a location's safety.

What are some of the biggest college towns in America?

Four of the biggest college towns in America include New York, Los Angeles, Chicago, and Boston. Each of these major metropolitan areas supports multiple universities that attract thousands of students every year.

What are the best American states and towns to live in?

What makes a state or town "the best" is largely a subjective question. Several priorities may include climate, cost of living, job markets, or recreation activities. College offers students an ideal opportunity to explore new places.